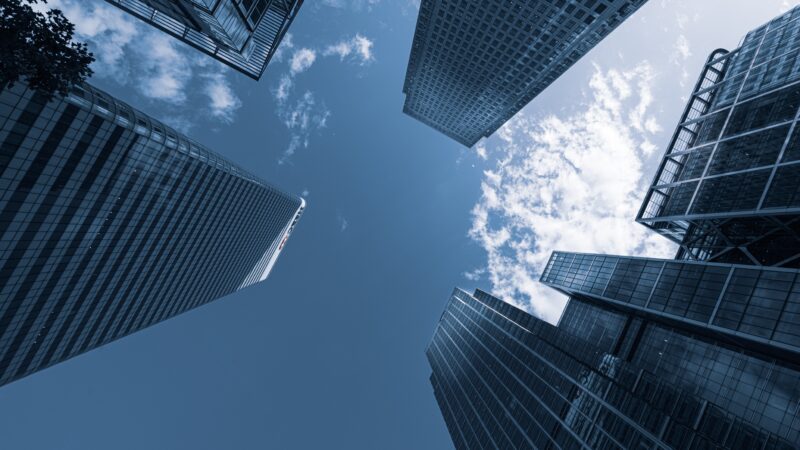 The push by the big banks to weaken the ring-fencing rules, brought in after the global financial crisis to promote financial stability should be resisted, and ways of promoting real diversity in finance explored instead, argues the Lab’s CEO, Jesse Griffiths.

After the global financial crisis of 2007–8, governments took seriously the task of redesigning regulation to promote financial stability and prevent another great crash. In the UK, part of the response was to introduce the ‘ring-fencing’ regime. This means that very big banks – those seven banking groups with over £25 billion of deposits – had to separate their high street retail operations from their riskier investment arms. The aim was to help insulate ordinary customers, the government, and ultimately the economy from any future crisis that might arise in investment banking. By forcing retail and investment banks to have their own governance structures, their respective boards could focus on the risks inherent to those types of activity and better align to the needs of their customers.

A recommendation of the 2011 Independent Commission on Banking (the Vickers Commission), the rules came into force in January 2019; now they are being examined in an independent review. It may seem strange that these rules are undergoing review just two years after their introduction. This seems scarcely enough time to evaluate whether they have reduced risks in the system, particularly given that most of that period has been during the Coronavirus pandemic, hardly a ‘normal’ baseline when you consider the enormous intervention by central banks and governments to stabilise financial markets, triggered by the beginnings of a bond market crisis in March 2020.

The real driver for the review are clear: the big banks want to remove the costs and limitations ring-fencing imposes on them. Industry lobby group UK Finance’s submission to the review argues for dismantling the regime. It cites the increased costs and asserts that the rules are surplus to requirements, given the additional capital all banks have to hold, thanks to new Basel rules and other requirements.

Worryingly, this argument may fall on fertile ground, given that the Government’s focus on the ‘international competitiveness’ of the financial sector has come to equate to growth in size rather than other interpretations. Competitiveness is part of the mandate of the independent review panel, while, strangely, examining whether governance of the banks has been improved is not.

Opposition to changing the regime has come from senior regulatory figures, with the head of the Prudential Regulatory Authority famously vowing to defend ring-fencing to his “last drop of blood”. The opposition Labour Party has also raised concerns, indicating that this could become a hot political issue. Pat McFadden, their shadow minister for financial services, has warned that the need for “protection for the public from banks being seen as too big to fail hasn’t gone away”.

In favour of ring-fencing

The government knew that ring-fencing would impose costs on the big banks but it judged, rightly, that these would be a small price to pay compared with the costs of another big crisis. At the time, the Chancellor estimated that the overall cost to the economy of ring-fencing would be £0.8–1.8 billion, while valuing the reduced risk of a future crisis at £9.5 billion. The direct costs to the banks may also be regarded as relatively small compared with the market advantages that still accrue from their size and ability to be mega-banks offering a wide range of financial services.

In fact, the ring-fencing regime was a weaker version of what many argued was really needed: statutory separation of retail and investment banking, which had been the case in the United States until the dismantling of the Roosevelt-era Glass-Steagall Act in the 1990s. Proponents say that this more radical option would help simplify the regulatory system and give greater protection to the government and consumers, as it would remove the risk of a crisis in investment banking directly bringing down major retail banks or causing contagion in the system, and would result in more competition and diversity. They also point out that it could create a better political economy, with different parts of the system having different interests, reducing the ability of the big players to dominate lobbying.

The chair of the ring-fencing review panel, Keith Skeoch, has said that they will be guided by evidence. It would be hard for the panel to conclude that the big banks have done badly in recent years – or that they are too small. The big seven banks affected by ring-fencing account for over 80% of retail banking market share. A Bank of England review of the evidence of the impact of ring-fencing found that the main retail impact has been to increase mortgage lending by the big banks. This raises concerns that ring-fencing has not reduced big banks’ role in the financial system and may in fact have strengthened it.

Rather than weakening ring-fencing rules, it would be better to focus on how we create a more resilient financial system, and in particular how to increase diversity so that the system is less dominated by these big banks. Opportunities for this exist: the government is currently looking at ways to simplify the regulatory regime for smaller banks and building societies, and is expected to introduce new legislation for credit unions. The movement for a new network of regional mutual banks highlights how new forms of financial institution could rectify the poor service the current system provides to different regions and communities of the UK and also to small and medium enterprises, which is a major barrier to ‘levelling up’.

It is right that regulation seeks to reduce risks in the financial system, and the ring-fencing rules are an important if flawed attempt to do this. They should not be weakened. Instead, the government should examine bolder approaches that tackle the underlying problem of a lack of diversity in financial service providers, and the poor service the system provides to the real economy and the under-served.