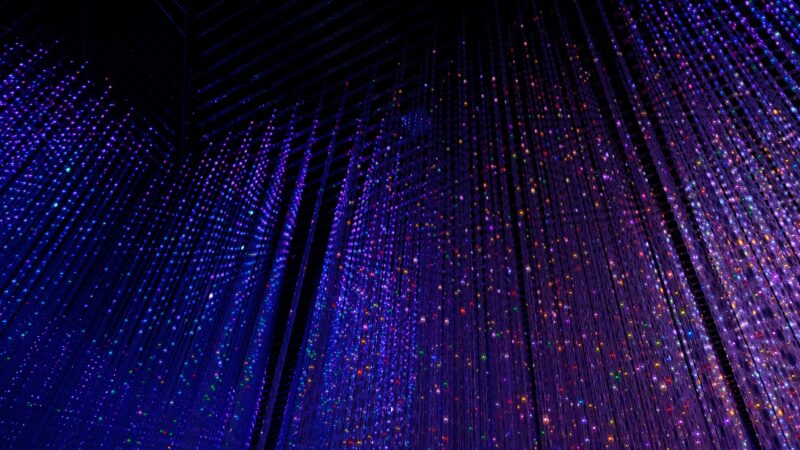 Posted by Jesse Griffiths on September 21, 2021

The digital and data revolution disrupting the financial system will only lead to better outcomes for people and planet if we act to shift the power dynamics within the system, argues Lab CEO, Jesse Griffiths.

In the world of finance there are many digital optimists who think that the data and digital revolutions will transform the financial system to become more sustainable, responsible and accountable. I am not one of them – for one simple reason. Disruption to systems never leads in one direction: the outcome depends on power dynamics. But what does acknowledging power’s importance mean for the chances of channelling the digital revolution to create a new financial system that works for people and planet?

An uncontroversial starting point is that digital and data revolutions are disrupting the financial system. For example, in 2009 nearly 60% of payments in the UK were made in cash; by 2020 that figure had fallen to 19%. I hope we can also agree that disruptive change is needed, as the current system is at the root of today’s problems, from inequality, social and racial injustice to climate change and the destruction of nature.

The digital and data revolutions are, however, not yet improving the social and environmental impacts of finance. In fact, in many cases they are making these impacts worse. Our research into the overall result of the rise of fintech found that it tends to favour wealthier customers while further marginalising the rest – including those who do not have the essential internet skills to participate effectively in a digital society. Fintech’s growth is also threatening to make the financial system less democratic and resilient, through the increase in power that big players gain from the use of big data. And digitalisation is having major climate impacts, including via the voracious use of energy that blockchain consumes: bitcoin alone consumes more electricity than the Netherlands.

Of course, the digital and data revolutions are also leading to new, purpose-driven models of finance that can help tackle big problems, such as those supported by our Fellowship programme. These good examples sadly are not the norm.

Putting your ‘power goggles’ on

Viewing the system through the lens of power dynamics – with your power goggles on – can help explain why change is not yet pushing the system in a better direction. This requires us to reject the frequently repeated adage that ‘technology is neutral’, which is fundamentally wrong: it is the use to which technology is put that matters. Instead, we should recognise that the system into which new technology is introduced produces winners and losers: powerful people and institutions and less powerful ones. New technologies will be shaped by these power dynamics.

To understand this fully, we must consider what we mean by ‘power’. Given how many ways there are of defining and analysing power – it is one of those famously ‘essentially contested’ topics – below I propose a framework, in four dimensions, to help shed some light on how existing power dynamics are affecting the impacts of the digital and data revolutions.

The first dimension is market power. One study shows that incumbents that want to prevent the emergence of new rivals have a wealth of market strategies to choose from, including making it hard for incomers to use vital infrastructure such as payment services, bundling together a range of services to provide products that new entrants can’t provide, or simply co-opting or buying up rivals.  However, if we dig deeper, we can see that the network effects of ‘platform’ businesses – which extract value from the data they collect from their customers – give big players a huge market advantage, further increasing the power they have.

The second dimension is political power. Because it is so heavily structured by regulation, the financial system is unlike almost any other system. Regulation has an enormous impact on how the system evolves, who benefits and who loses. Discussion of regulation and fintech is often dominated by a technical perspective that suggests the main issue is regulators not keeping up with the pace of change. However, a deeper examination reveals how some powerful actors wield significant political influence over regulation in ways that favour them.

A study of the relationship between US regulators and the investment banks they regulate, for example, found that it “generates inequality of influence between financial firms and creates economic distortions”; this has particularly benefited Goldman Sachs. Individual firms and industry bodies also employ lobbyists, whose influence takes place behind closed doors with very little regulation. Though financial sector policy has major impacts across society, the economy, and the environment, it is hard for these broader interests to exercise influence to compete with the well-organised industry lobby. A study of several thousand EU agency consultations found that in the vast majority of cases, non-business interests represent less than 10% of submissions.

The third dimension is the power of underlying economic structures. It is often, rather lazily, asserted that the financial system responds to consumer interests, which are then equated with the interests of the population of the country as a whole. Nothing could be further from the truth. The ‘consumers’ of financial products are highly concentrated among the wealthy, reflecting the huge inequalities that exist in our society. The poorest half of the UK population owns less than 10% of total wealth, while the richest ten per cent hold 45%. The financial system, by its very nature, is more likely to service those with wealth than those without. One study shows that the reason that the UK has relatively high levels of financial exclusion is the dearth of a model – such as public intervention or subsidy, or a social contract with mainstream banks – to counteract the fact that the market will not supply adequate services to those with low incomes or high credit risks.

The fourth dimension is the power of mental models or paradigms of thought. Systems-change theorists often call this the deepest level of the system: without even realising it, all of us may adopt ways of thinking that have major impacts on our lives and the system as a whole. One recent example is the problematic assumption, or mental model, that underpinned the Kalifa fintech review: that the increase in the growth of fintech is a good thing in itself and will lead to greater competition, and hence greater choice, access and inclusion. This is consistent with a wider, powerful paradigm that suggests that effective markets generate the best possible outcomes. However, as the Lab pointed out in our response to the review, no evidence was provided to support these assumptions and indeed fintech growth could equally well result in greater exclusion.

The digital and data revolutions are playing out against a backdrop of other major changes in the economy and financial sector, so that impacts of the digital and data revolutions are not just dependent on the disruptions they cause. One example that illustrates the point is the major trend over the past decade, encouraged by governments’ responses to the global financial crisis, has been that asset prices have been rising faster than wages. This not only increases inequality but also helps alter political dynamics by contributing to increasing divergence, and voting patterns, between relatively asset-rich older people and the asset-poor young. This obviously affects all dimensions of power – skewing the financial market towards assets and changing political dynamics through voting, based on changes in economic structures. Ultimately, this influences mental models such as those that suggest very low inflation should be the number one economic priority, which obviously helps protect asset values.

Overcoming the barriers to favour purpose over profit

There is an obvious conclusion: given the importance of power dynamics in determining the outcomes of the digital and data revolutions, achieving a more sustainable, just, resilient and democratic system will require action and intervention. It will not simply result from the disruption that is being caused. Leaders of purpose-driven finance institutions have identified the barriers to their success that are preventing the growth of such hopeful alternatives from becoming part of the mainstream. These include government policies and regulations that have been structured to favour other actors and sometimes actively prevent purpose-driven alternatives from succeeding. They include the fact that investors, who are needed to provide the capital for growth, tend to be focussed on short-term returns, or on seeking higher returns than responsible providers can deliver. They include the market power of the mainstream industry, and the lack of public awareness that alternatives are possible.

Overcoming these barriers will require grappling with the power dynamics of the system, building power to influence government, the market and the public, to reshape the digital and data revolutions to favour purpose over profit.