Kit qualified as a Chartered Accountant with Price Waterhouse in London, and has since spent most of his career in financial services. This includes ten years in consumer finance at Chartered Trust, four years at Zurich Financial Services, and two years as Finance Director of Stroud and Swindon Building Society.

From 2008 to 2019 he worked at Triodos Bank, one of the world’s leading sustainable banks, an organisation closely aligned with his personal values of fairness, inclusion and transparency. For most of his time at Triodos he was UK Head of Finance and Risk, and during 2018-19 he was Head of Brexit Implementation. He now has a portfolio of roles centred on working to make the financial system fairer, more inclusive and more sustainable, including consultancy work, and, from 2020 to 2021, a period as a Trustee NED of Avon Mutual Ltd, a community banking start-up.

Kit’s senior and board level roles in financial services have included finance, strategy, risk management, governance structures, and capital and treasury management. He has a deep understanding of how the financial system works, and a commitment to helping to change it to enable a fairer, more sustainable society. 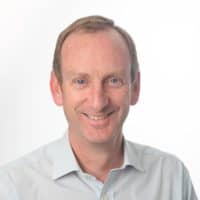 David is an experienced non-executive board member, adviser and consultant, working with social purpose organisations on governance, income generation and the development of social impact investing.

He is a non-executive director of the Impact Investing Institute. He was a member of the Supervisory Board of Triodos Bank NV from 2009 to 2017 and a director of Big Society Capital from 2012 to 2017. David is an adviser on social impact investment to Giving Architects in New Zealand and Australia, a trustee of Gulan and company secretary of the SOFII Foundation. He was a member of the Social Investment Task Force from 2000 to 2010 and the Commission on Unclaimed Assets from 2006 to 2009.

Previously, David was Chief Executive of three foundations, including The Baring Foundation; founder-director and chair of Alliance Publishing Trust and of Inspiring Impact; and a Trustee of Bridges Charitable Trust, the National Foundation for Youth Music, the National Youth Orchestra of Great Britain, and engage. 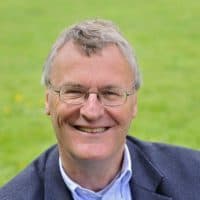 Nana is Director of Membership in FaithInvest, combining her professional skills in alignment with her values to do better for people and planet. Nana has almost 20 years of experience in financial services, asset management, management consultancy and corporate strategy in the UK and South Africa. She joined FaithInvest in October 2019 after holding corporate leadership positions at Barclays Africa/Absa heading Retail and Business Bank Customer and Product strategies, and prior to that she worked as a rated financial institutions equity research analyst in both developed and emerging markets at J.P. Morgan in London and Johannesburg.

Nana supports businesses that create sustainable employment and sees a significant role for financial innovation in enabling sustainability through mainstream and non-traditional collaborations; in this regard she also sits as a non-executive director for the Women’s DNA Fund, providing missing-middle financing, strategy and training for SMEs in Ghana, and the African continent.

Nana is a CFA Charterholder and holds an MA and BA Hons in Mathematics and Economics from the University of Cambridge. 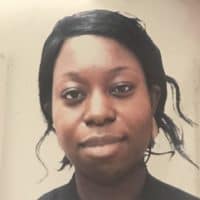 Amit spent the first ten years of his career in finance and strategy consulting, after which he helped to establish and grow a charity and consulting firm focused on innovation in education. He then spent two years at Social Finance helping government, charities and finance come together to address social problems.

Amit is rethinking why he exists and so is now building two social ventures: Dust Jacket, that aims to create space for reflection and conversation about what it means to be human and the systems that turn humans into humanity, as well as Living Art Wall, which looks to create more space for shared creativity in our daily lives. 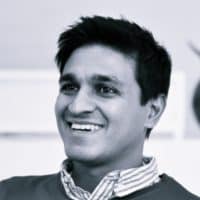 Kate has a background in the professional services. Having joined the graduate program at PwC, she gained her chartered accountancy qualification and worked on a wide range of financial reports. The audit of Plan UK spurred Kate’s interest in the non-profit sector. After a career break volunteering in East Africa, Kate returned to join the Sustainability practice of PwC, where her focus was on the non-financial reporting of large international corporations, in the many forms that currently takes.

Kate now works at The B Team, a not-for-profit initiative formed by a global group of business leaders to catalyse a better way of doing business, for the wellbeing of people and the planet. She has just moved back from nearly 3 years in NYC to open a London office. Kate studied Accounting and Computing at the University of Leeds.

Brhmie Balaram is Associate Director of the RSA’s Economy team.

She heads up the Tech & Society programme, which explores the social and economic impact of emerging technology. Her role involves designing and delivering research on the power of tech over data, information and markets, and continuing the RSA’s work on the ethical development and deployment of AI.

As part of this, she manages the RSA’s Forum for Ethical AI, which engages citizens in a deliberative dialogue about the use of AI for decision-making. 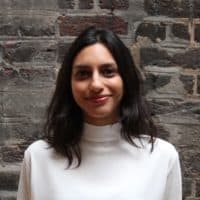 Simon is a consultant, practitioner and researcher with a rich background in supporting co-operative and community enterprises to start, grow and contribute to a sustainable and inclusive economy. He moved into a freelance role in 2019 after seven years at Co-operatives UK where he led on the design and delivery of co-operative development programmes. In particular, since 2012 he oversaw the work of the Community Shares Unit, which promotes good practice and raises awareness of community shares as a sustainable funding mechanism for community enterprises. Beyond this, he has worked on programmes spanning place-based economic development, co-operative innovation and social investment.

Simon has a background in economic development in the North West, working with local authorities, universities, housing associations and regional development agencies on research, economic analysis, fundraising and evaluation activities.

Simon is also a board member at Friends of Stretford Public Hall – a Grade II listed heritage space in Manchester, owned and run by the local community. He has an MSc in Innovation Management and Entrepreneurship from Manchester Business School. 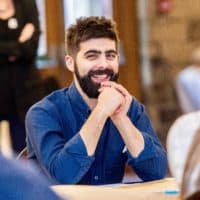 Katie is Associate Director (Strategy & Leadership) at NPC, supporting charities and funders to develop high-impact strategies and tackle social issues. Katie has authored reports covering a range of social causes—including health, homelessness and poverty—as well as issues affecting the charity sector such as funder collaboration, charity mergers, and power dynamics in grant-making. She regularly works with charities and funders who are joining the dots between different issues and she is passionate about the potential for greater collaboration, user involvement and systems change approaches.

Before joining NPC, Katie gained ten years’ experience in charities, grant-making, research and consultancy. At One World Children’s Fund, she managed a programme that partnered with community-based organisations in over twenty countries to improve children’s lives. She has worked and studied in the UK, USA and India.

Katie holds a BA in History from the University of Cambridge and an MSc in Development Management from the Open University. She is a Fellow of the RSA and has served as a Global Shaper at the World Economic Forum. Outside work, she helps to run her local community garden in East London. 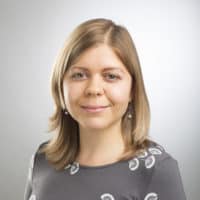 Mikael Down is Executive Director for Assessment and Insights at the Banking Standards Board, where he leads the BSB’s assessment, policy, behavioural economics and data science teams, and is a member of the board. Mikael started his career at the Treasury, where he worked in several policy roles before being seconded to the UK’s Permanent Representation in Brussels.

On return to the Treasury, he led post-crisis reforms on bank resolvability and ring-fencing, before being appointed as Deputy Director for financial sanctions, anti-money laundering and counter-terrorist financing and Head of the UK Delegation to the Financial Action Task Force. In 2013, Mikael joined the Financial Conduct Authority, where he was responsible for leading a large programme of governance reforms in banking, until leaving to join the BSB in 2015.

Mikael has an MA in Economics from the University of Cambridge, and is studying part-time for a PhD in ethics and artificial intelligence. He is an Honorary Lecturer at Queen Mary University London and a Fellow at the Forward Institute. 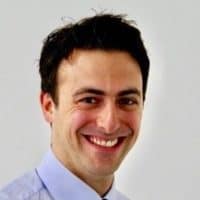 Casey is an entrepreneurial digital product leader who’s passionate about using technology to change the way financial services are designed and distributed. Casey is VP Product at Portify, a fintech startup that helps people with thin or damaged credit files improve their finances.

Previously, Casey was Head of Product at Europe’s largest digital wealth manager, Nutmeg, and Chief Growth Officer at Xendit, a payment gateway in Southeast Asia that she grew from an idea into a revenue-generating, venture-backed business.

Prior to working in fintech, Casey ran the award-winning impact investing department of the Charities Aid Foundation. Casey has a BSc in Mathematics and an MBA from Berkeley-Haas, where she was a Fulbright Scholar, and has worked in financial services in the UK, US, India, Indonesia, and Hong Kong. 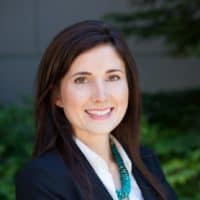