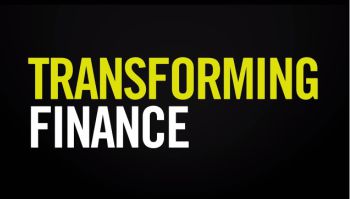 We are excited to announce the launch of our new documentary – Transforming Finance.

Bringing together the voices of change from across the financial system the film, sponsored by Calouste Gulbenkian Foundation, is the culmination of two years of collaborative research with 100’s of finance professionals, policymakers, academics and advocacy groups to identify the most:

The case for change

Transforming Finance demonstrates the growing movement for financial systems change. It is an inspiring and compelling story that sets the vision of a new future for the financial system.  It asks questions that challenge the status quo.

Set against the backdrop of explanations of the shortcomings within the existing financial system, such as short-termism, banks too big to fail, and lack of competition or transparency for consumers. Leading advocates of change, and Finance Lab community members, including Andy Haldane, Bank of England, Baroness Susan Kramer and the economist and academic John Kay, spell out the cost to society of the existing system.

Uniquely, the film gives a shared voice to many members of the Lab’s community. A growing community that includes innnovators with a passion for change in finance, as well as think tanks, academics, advocacy groups and finance professionals who are pioneering transformation from within the mainstream.

We capture and highlight the emerging innovations within finance, for instance the growing responsible banking sector, credit unions, mutuals or the new alternative banks and peer-to-peer finance.  James Vaccaro, Triodos Bank, Giles Andrews from Zopa and Bruce Davis from Abundance Generation talk about the growing revolution in banking and investment.

“What we need are nimble, agile innovative business models that can provide proper competition to banks” Bruce Davis

Pioneers such as Professor Tim Jackson of the University of Southampton, whose vision is “a finance system that supports the investment needed to create a sustainable economy – a green economy.” As well as Tony Greenham, New Economics Foundation, Catherine Howarth, Share Action and Raj Thamotheram of the Network for Sustainable Financial Markets, who come together to articulate a growing consensus that now is the time for change.

Excitingly we can see that real change is tangible and possible. There is a strong movement that is building in momentum, pushing forward an agenda for change that will transform finance. As Raj Thamotheram says in the film “we know what we need to do. We have the technology, we’ve just got to get on and do it.”

In making Transforming Finance we intentionally set out to create a clear ‘manifesto for action’ and campaign tool, that thought leaders, innovators and activists can use to drive the agenda forward.  We wanted to deliver a powerful catalyst for conversations with policymakers, regulators and mainstream financial institutions.

Read a review of the film from Alex Blackburn at Blue & Green tomorrow here. Read the blog from Tony Greenham here