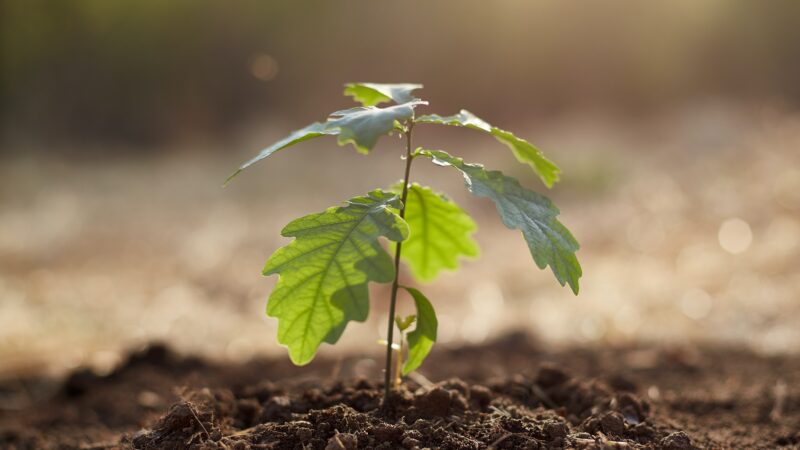 The Lab’s new Heads of Movement Building and Campaigns, Sam Rex-Edwards and Kay Polley, describe some of the ways the dominant financial system fails people on low incomes and argue for the growth of purpose-driven alternatives, as exist in many other major economies.

Every day, the financial sector fails millions in the UK, especially those on low incomes. The visible tip of this iceberg of injustice is the higher cost of finance that they face. Around one-fifth of the poverty premium – the extra costs people living on low incomes pay for essential services such as energy, credit and insurance – is caused by the higher costs of finance this group faces, a 2016 report found.

However, the bulk of the problem lies in how the financial sector actively worsens vulnerability through the way it provides – or in many cases, doesn’t provide – basic financial services.

Locked out of credit, bank accounts and other crucial services

One key service is access to credit. As many as 10 to 12 million, mostly low-income people in the UK have few, or no, options to access credit. Yet access to affordable credit is a critical way of enabling people to spread the cost of large purchases and to cope with unexpected expenses – thus it’s an essential service. As a result of this access problem, about three million people were forced to turn to high-cost credit providers in 2019 and in 2018 300,000 people were in debt to illegal moneylenders. The economic fallout of COVID-19 has worsened this situation.

Low incomes, precarious work and inadequate safety nets mean that savings don’t currently provide an alternative to credit. Low-income families have an average of just £95 in savings – against a UK average of £3,134, and £62,885 for high-income families. This renders those on low incomes extremely vulnerable to sudden unexpected increases in expenses or drops in income.

A bank account, which provides a means to securely pay bills, receive income and save safely, is another basic service many find themselves excluded from by the financial system. Despite banks being required in 2016 to provide basic bank accounts for all, recent figures show that over a million people in the UK do not have a bank account. For some, not having a bank account is a choice, but for the majority it is because they cannot get one.  This also then makes it harder to secure employment, or receive benefits.

This financial exclusion runs throughout the system. It makes it harder and more expensive to get insurance if you have a low income, and means that over six million people have no workplace pension, as auto-enrolment does not apply to those earning less than £10,000 per year.

All these forms of financial exclusion can create or exacerbate debt problems for people on low incomes. Debt increased significantly during the pandemic and the debt charity StepChange estimated that in January 2021 2.4 million people were experiencing problem debt in the UK, thanks to four out of five of them having experienced an income shock due to COVID.

The use of high-cost credit is strongly linked to problem debt. For example, according to the Financial Conduct Authority (FCA) in 2019, 67% of payday loan borrowers were over-indebted in the UK, compared with a national average of 15% of UK adults. StepChange research from 2017 found that households that had to turn to credit to get by were 20 times more likely to fall into problem debt, and most of this was driven by having to use high-cost credit.

The digital revolution in finance is magnifying these problems. The pandemic has accelerated the shift to digital payment and away from cash, yet one-fifth of the population rely on cash day to day, and the Access to Cash Review of 2019 found that as many as eight million people would struggle to cope in a cashless society. Poverty, not age, is the biggest indicator of cash dependency. People on lower incomes are also less likely to be able to easily access the internet and afford digital devices, so are consequently restricted in access to online services.

It is important to recognise that the financial sector is just part of the problem. Even before the pandemic 14.5 million people were living below the poverty line, with several factors at play. Citizens Advice estimates that 3.7 million people were in insecure work in 2020, and in the period April-June 2020, there were 14% more on zero hours or temporary contracts than the same period the previous year.  Combined with the lack of savings noted above, this means that a vast number of people are highly vulnerable to changes in income and expenses.

The FCA’s 2018 Financial Lives survey found that nearly half of the UK population are financially vulnerable, and one in six would be unable to cope if there was just a £50 monthly increase in their bills. This vulnerability also may be caused by non-economic factors: the FCA found that 28% of those in poor health use high-cost credit, compared with 12% of those not in poor health. An inadequate social safety net further increases vulnerability.

Financial exclusion and the poverty premium caused by low incomes obviously intersect with other forms of inequality and discrimination.  People of colour find it harder to access basic financial services such as credit, insurance and banking, black victims of fraud are more than twice as likely as white customers to be denied a refund by their banks (2008, 2017 figures), and the financial impacts of COVID have been worse for people of colour than for white people. A 2017 report found that two-thirds of those forced to turn to high-cost credit are women. People experiencing mental health problems are more than three times as likely to be in problem debt than those without such problems (2014 figures).

Why the financial sector fails people on low incomes

Financial provision for people on low incomes is dominated by a for-profit model that is very high cost for low-income customers, and also only provides a fraction of the services needed.

High-cost lenders currently lend 10 times more than ethical, affordable providers, according to Fair4All Finance. Interest rates can be as high as 1,500% in the high-cost credit market. High-cost credit is defined by the FCA by the type of services that typify it, including doorstep lending, rent-to-own, buy-now-pay-later offers, and overdrafts. This situation shows that mainstream banks are not providing services tailored for low-income and vulnerable people.

Vibrant responsible alternatives exist but although growing, are small-scale and struggle to compete with the power and market dominance of the high-cost incumbents. As a recent Parliamentary report found, “alternatives are simply unable to match the advertising and marketing campaigns of the biggest payday lenders”. For example, Community Development Finance Institutions, designed to provide responsible financial services to vulnerable people and those on low incomes, have grown since their introduction over a decade ago, but still only reached £28 million in lending in 2018, compared with at least £4.5 billion from high-cost providers.

Other alternatives include credit unions which are owned by their members, and ethical banks – but only around 2% of the population in England and 11% in Scotland have credit union membership, compared with 30% in the United States and over 70% in Ireland.

The result of there being no mainstream provision of responsible lending, the dominance of high-cost lenders, and the small scale of responsible providers means that for millions of people there are no or few financial services available.

Imagine if instead communities had access to financial service providers that fully understood their local context, their challenges and opportunities, and had at their core products designed to meet the varying and complex needs of those communities. Imagine financial services that understood their customers and managed to successfully provide the necessary services and build the strong relationships needed to support vulnerable people during difficult times.

The UK finds itself as an outlier in not having a substantial purpose-driven banking system to act as an alternative to pure for-profit provision. It is little wonder that the needs of those who are financially excluded by the mainstream and high-cost provision are not being met. With a remit to place social and environmental purpose at the heart of their mission, embed that across organisational structures and reflect it in decision-making (whether over the development of services, or analysis of impact), the purpose-driven finance system is inherently better able to meet the needs of those failed by mainstream banking.

Yet the ecosystem is held back by regulation and policy designed for mainstream banks, which includes preventing these organisations from collaborating to achieve efficiencies of scale; this was confirmed by the Lab’s Barriers to Growing the Purpose Driven-Banking Sector in the UK report, and our recent workshop with leaders in the field, for example. The ecosystem finds it hard to expand due to a lack of growth capital, it is not well understood by the public as an alternative, and it finds it hard to compete with larger competitors able to leverage economies of scale and other market advantages.

As we have seen, there is both a need and demand for financial institutions that play their full part in addressing deep societal problems. It’s clear that the financial system in its current form cannot adequately meet the needs of many of those on low incomes and who live in poverty. The purpose-driven finance ecosystem can do that, but to do so effectively it needs to grow significantly. And to grow, it needs to build its collective power so that it can win both practical regulatory change and create a new model for financial services, with stakeholders at the centre.

The Lab is kicking off a new programme to support the growth of purpose-driven finance, working collaboratively with the sector’s organisations and their supporters to build that power so that the purpose-driven finance ecosystem can help enable all lives to thrive. For more information, contact sam-kay@financeinnovationlab.org.