‘Competitiveness’ and the battle for financial regulation 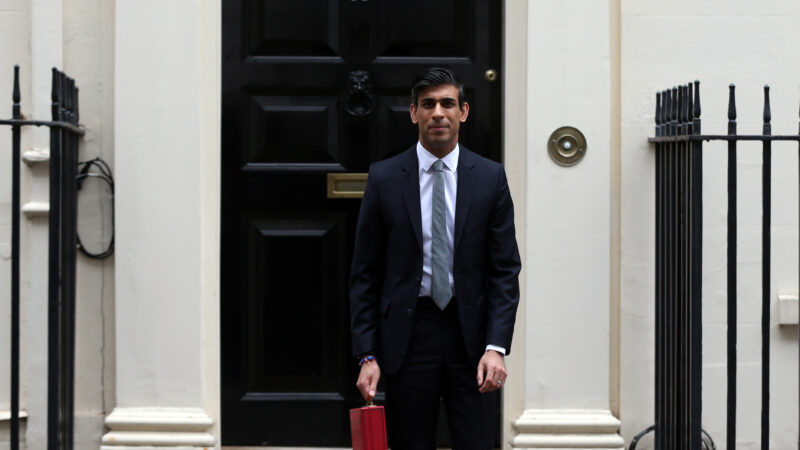 Posted by Marloes Nicholls on October 5, 2021

It’s time to confront the ‘competitiveness’ agenda that is driving the government’s financial sector reform, argues the Lab’s Head of Policy and Advocacy, Marloes Nicholls.

The UK’s finance sector is undergoing a major overhaul. Brexit has created opportunities to rewrite financial rules, and developments in the sector are being driven by new technologies (including AI and crypto) that policy and regulation have yet to adapt to.

There are over a hundred reviews underway, with diverse implications. Will people who rely on cash be able to continue using it in future? Should Kim Kardashian promote cryptocurrencies on social media? How will financial institutions be held to account for contributing to the transition to net zero?

Amidst the flux and technical jargon (“SPACs” and “PRIIPs” anyone?!), a key battle has emerged over the purpose of this new regulation. The Chancellor Rishi Sunak’s favoured direction is now clear. “Competitiveness” is the focus of the “new chapter for financial services”, which sets out his priorities for the industry. In the Spring Budget, he introduced an obligation for financial regulators to promote the competitiveness of the industry too.

Competitiveness is about growing the UK’s finance sector as part of a global race to be the biggest in the world. This sounds exciting on the face of it, but research by organisations ranging from the International Monetary Fund and Bank for International Settlements, to Oxfam and the Tax Justice Network, shows that when a finance sector becomes too large – as the UK’s already is – there is a ‘finance curse’ effect: the sector sucks resources from the real economy and reduces productivity, creates instability, and drives inequality.

The growing pressure on regulators to play a role in promoting the growth of the industry is particularly concerning. In fact, we have been here before. In 2012 competitiveness was removed from the objectives of the financial regulators by parliament because it contributed to the Global Financial Crisis of 2007/08 – the cataclysmic event that cost the world economy $10 trillion and saw millions lose their homes and jobs. Just last year, senior regulators were publicly pushing back against the idea that they should be given a competitiveness mandate.

1. Risky de-regulation: Flagship reforms introduced to protect consumers and the wider economy post-GFC risk being rolled back in the next couple of years. This month, for example, we will learn whether ‘ring-fencing’ rules introduced following the crisis (and only recently implemented) that restrict the bets banks can make with consumer’s deposits will be watered down. The industry lobbyists pushing for de-regulation are doing so under the banner of competitiveness. This risks decreasing the overall economic resilience of the UK and could sow the seeds of future crises, which we know hit the marginalised hardest.

2. Regulatory capture: There are many other organisations whose job it is to promote financial services, including the City of London’s Lord Mayor and industry associations, not to mention the firms themselves. It is unclear why regulators should be given this task too. In fact, this approach risks eroding regulatory independence, since it encourages regulators to collaborate closely with industry representatives on a shared agenda. The industry already has a powerful lobby, while the voice of social and environmental justice is barely represented. (As an example, the Financial Conduct Authority’s CEO, Nikhil Rathi, met with representatives from industry over five times as often as representatives from the third sector in his first 9 months in post.) Balanced input from industry and civil society advocates, with the regulators acting in the public interest and maintaining strict independence from both, is more likely to produce well-designed regulation that delivers better outcomes.

3. Limiting space for positive action: The focus on competitiveness is squeezing space for action on the areas where positive changes are urgently required. For instance, while reforms designed to promote the UK’s role in the global fintech market are being fast-tracked, the first major opportunity to review credit union legislation since 1972 (a sector which could provide responsible alternatives to high-cost credit) has been postponed. The Lab’s work has revealed that the recent review of the fintech sector (the ‘Kalifa Review’) saw pages focussed on financial inclusion deleted from the final report as a result of its focus on competitiveness. Furthermore, environmental campaigners are concerned that new regulations that could help to reduce the finance sector’s impact on climate change will be blocked if they are perceived to undermine competitiveness.

A raft of new financial legislation is expected over the next couple of years, and there is a real risk that through this process competitiveness will be elevated to a statutory objective for financial regulators.

Watch a recording of our online event The Curse of Competitiveness? here.