Have politicians forgotten about finance reform? 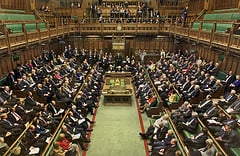 As the manifestos are coming out and the political parties seek to differentiate themselves, the issues around finance are not exactly hitting the headlines. In fact, in December 2014, Finance Innovation Lab, alongside ShareAction, NEF, Positive Money, Friends of the Earth and Move Your Money invited front bench spokespeople from Conservative (Andrea Leadsom), Labour (Chris Leslie) and Liberal Democrats (Vince Cable) to take part in a public debate on finance before the election. They all declined.

Most politicians clearly think that the public have lost interest in reforming the banks, or any other part of our dysfunctional finance system for that matter. Yes we get very strong rhetoric condemning HSBC, Barclays, or any other institution that is caught using dubious business practices. But this is a political veneer to hide the underlying weakness in really trying to rebalance our economy away from a dependence on the financial sector for wealth creation and towards one where finance was more of a utility, helping money flow through the whole economy. If another crash comes, whichever parties are in power, they will need to reach for more policies.

Transforming finance is actually about economics, not politics. Creating a banking system where the dominant business model was not maximising shareholder value in the short term would be of huge benefit to the businesses that need credit and consumers who want good value services. Removing the conflicts of interest, secrecy and culture of speculation that dominates the pensions and investment industry would deliver better long term returns for savers and a stable investment environment for companies. Opening up a political debate about the impacts of monetary policy, rather than maintaining the charade that it is merely a technocratic issue, might just help us get out of the house price spiral that has removed millions of us from the prospect of owning a home. Whilst many politicians appear to have turned away from these fundamental questions, the ideas are being developed in civil society and among those financial professionals who innovate for a social purpose.

So however you are participating in this election, attending a hustings, calling into phone ins, tweeting your candidates, challenge them on finance policy. Ask how they will change the structure of the banking sector to deliver lending for SMEs. Ask them will they legislate to force pension funds to disclose their full fees and where your money is invested. Ask them to use the powers of the Bank of England to steer lending and investment into socially useful activities, rather than speculation and pumping up house prices. If they don’t have an answer now, they will hopefully remember the question when the time comes that they need an answer.

We have produced a short graphic with some suggested questions. Please use it, share it on social media and help raise the profile of these issues.

Parliamentary copyright images are reproduced with the permission of Parliament